The Caravans: A Report from Tijuana 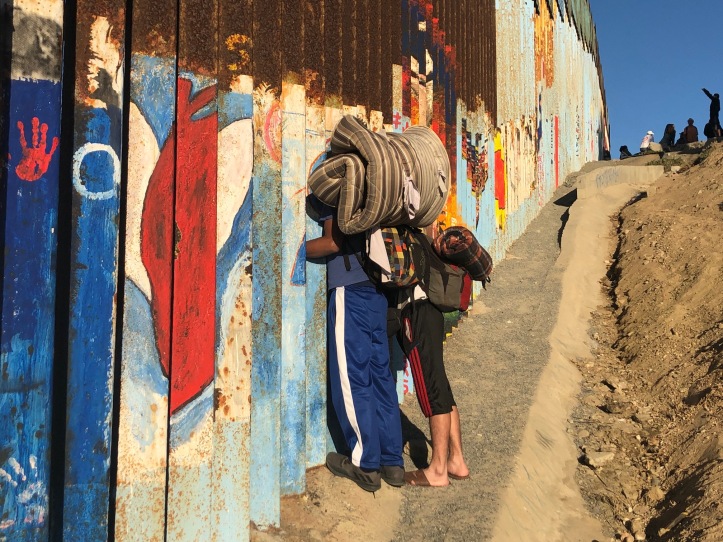 It is important to understand the political context of the caravans arriving in Tijuana; they should be seen as a collective political response. Although it vacillates from one year to the next, the homicide rate in Honduras in 2015 was about 100 people killed per 100,000 residents per year. That is about the same rate as it was during the civil war there in the 1980s. By comparison in the United States it is about 6 people per 100,000 killed. And it has become impossible for most people to send their children to public school.

The United States used Honduras as a military base during the civil war years in Central America, begun under Carter and continued under Reagan, from which the US military intervened in Nicaragua, Guatemala, and El Salvador. Now the civil war is between gangs (Mara Salvatrucha and Barrio 18, both deported from California’s criminal justice system in the 1990s) and the government. In neighboring El Salvador, the UN Special Rappateur on extrajudicial killings, Agnes Callamard, reported that the government has carried out about 450 extrajudicial killings of young people (suspected gang members) this year, and I’m sure that the statistics are similar in Honduras.

In 2009 the Obama administration, led by Secretary of State Hillary Clinton, carried out a coup in Honduras. Still, according to Honduras Solidarity Network, many Hondurans stayed in the country to fight for democracy and liberation. The turning point for many came in 2017 when Juan Orlando Hernandez stole a contested election, and was backed by the Trump administration. Many, many people decided that it was time to go. 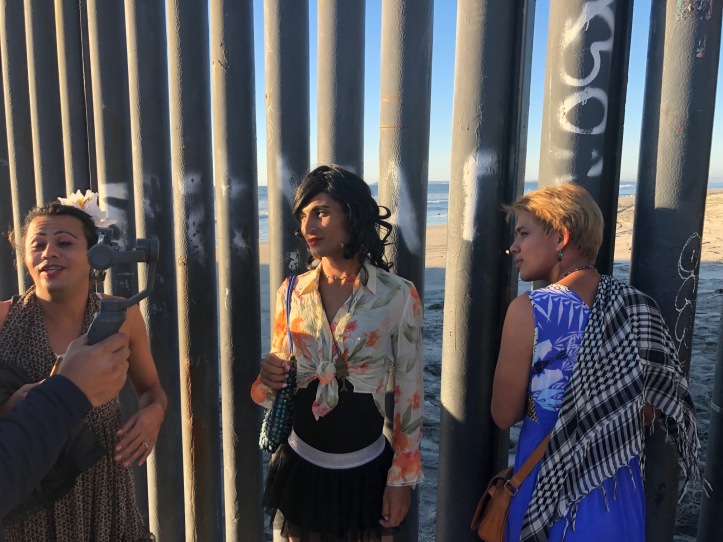 Caravans are a way of finding safety in numbers on the long trek north through cartel territory, and they are a way to avoid paying coyote fees. But they are also a collective political response to a crisis; this caravan coming up from Honduras is conscious of raising demands of the US Empire. They use a decision-making process that wavers between consensus and democratic centralism. They have been accompanied by US activists along the way from groups like Pueblo Sin Fronteras and Texas-based Raices. These activists provide material support and also affect the political character of decision-making bodies, for better or for worse.

Not to say that they express the highest form of political consciousness; I was with the LGBT+ contingent in Tijuana. They had left the larger “exodus” (another word that the caravan uses) because they faced intense harassment from other caravan members. Under the intense pressures of the situation, solidarity can break down. Even among and between the smaller contingent of LGBT people. The trans women will almost certainly qualify for asylum (if they get legal representation, like with the group that asked me to go down to Tijuana and help with legal observing). There are children with the contingent that I was with. It was heartbreaking to play with the children and have their parents ask me whether their kids would be taken away. Because there is no certain answer to that, especially if Trump puts the “binary option” into play.

The Mexican government has started to threaten those who accompany the caravan (particularly the trans women) with sex trafficking. Some of my time in Tijuana was spent making sure that the Mexican department of sex trafficking and child welfare services did not intervene with the contingent without warrants and due process. I believe it was for this reason that I was held in secondary inspections coming back across the US border for awhile (I know that the authorities looked at my license plate when I ran an errand). They took and read my cell phone and journal and made me sit for just under two hours because I would not answer their questions about the whereabouts of the asylum seekers and what their plans were. I believe that the Mexican and US governments are collaborating about ways to crack down on solidarity activists.

Meanwhile, there is a humanitarian crisis in Tijuana because Trump is breaking the law (both the US Immigration and Naturalization Act and the 1951 UN Conventions Against Torture). By both US and international law, asylum seekers can present themselves and explain their fear of violence, and receive an asylum hearing. The two illegal things that Trump is doing is only letting 50 people per day cross through the port of entry to ask for asylum (when at least 5,000 have arrived in Tijuana and there are more coming). Secondly, he has said that if you enter outside a port of entry (or “cross illegally”) that you will be deported immediately and not considered for asylum—a clear violation of US law. But, until it is challenged in court, it is the operating principle that the US government is using.

All the reports of solidarity in Mexico are true. It is also true that right-wing Mexicans have been attacking and mobilizing against the caravanistas. There is intense pressure on the city’s infrastructure. San Diego-based cross-border justice groups are calling for a national day of action (see below). I also know a group of anti-war veterans in the US who are trying to organize a contingent to the border to oppose the use of troops to militarize the border.

Here in New Mexico we have the opportunity to organize against the detention of some of these people, especially the trans women, at the Cibola Detention Center (run by the private prison CoreCivic), and also to support them as they get out.

As thousands of our refugee brothers, sisters and siblings- children, elders and disabled, make their way to the border, we are calling for a National Day of Action in Solidarity with the Caravan and Exodus from Central America on November 25th. We, an ad-hoc coalition of San Diego Immigrants Rights and Social Justice groups, invite groups across the country to organize demonstrations in their cities, and if they have the capacity, to join our rally and march March from Larsen Field park to the Border.

This announcement is intended as an interim statement. We are working on a final statement with a more developed political motivation and set of demands to be agreed upon by this Sunday or earlier. In the meantime we encourage organizations to begin organizing.